As a lover of landscape design, you may have seen and admired a number of bubbler water features without knowing exactly what they’re called. A bubbler is a decorative feature in which the water bubbles up in a fountain-like manner. 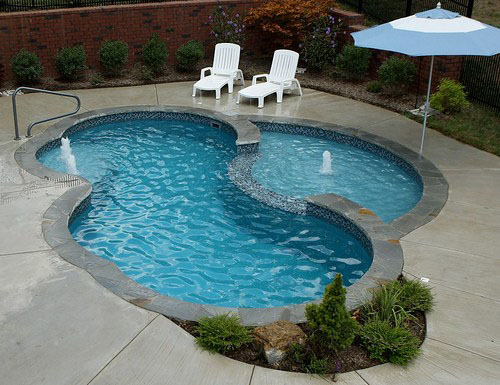 In a traditional fountain, the water may emanate from one source and spread outwards in various directions. But in a bubbler water feature, the water doesn’t spread all around, it just moves up as if it’s bubbling over. If you’ve ever boiled water in a pot, then you know how the water looks as it’s boiling. A bubbler water feature has a similar appearance but, of course, the water is not boiling.

This water feature has a more natural appearance than a regular fountain. It may look like the water from a stream as it flows over an obstacle like a rock. As a result, a bubbler water feature has a calming, zen-like effect and can be used for meditative practice or just some after-work rest and relaxation in the comfort of your home.

Different Settings for Your Water Feature

You can place this kind of feature within a pool or in a pond in your landscaped backyard. In fact, there are a number of settings in which you can use a this piece of equipment. For example, you could have one coming out of a large pot or a shallow stone container. You could pile rocks one on top of the other and then have the bubbler water feature start at the top and cascade downwards.

Installing a Bubbler in Your Backyard Pool

Just remember that installing a bubbler water feature can be a bit complex, so it is probably best to leave it up to the professionals. They’ll make sure to check your building’s code, then excavate the reservoir, install underlayment, create levels to set the bubbler, run plumbings and fittings and fine tune the water flow. They’re experienced enough to know that different settings will need different types of installation.

Contact us to learn more about using bubbler water features to beautify your backyard.

Ready to schedule your pool estimate or have a question? Please use the information below to contact us.

Scroll back to top